خانه Domestic production of 21 pharmaceutical items, the importation of which required a US Treasury license

Domestic production of 21 pharmaceutical items whose import required US Treasury license, the Secretary of the Biotechnology Development Office of the Vice Chancellor for Science said: “Since February of last year, 41 items need to be sent to Iran with a special license from the US Treasury, of which 21 items by Biotechnology knowledge-based companies have been produced. 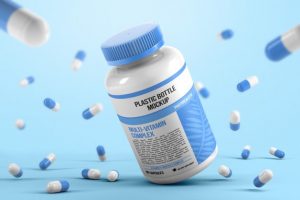 According to the social group of the Pouya Reporters Club; Mostafa Ghanei stated about the production of biotechnology drugs in the country: The production of advanced drugs in this field has led to annual foreign currency savings of more than 600 million dollars; These drugs are often used to treat incurable diseases such as cancer, inflammation, etc.

The Secretary of the Biotechnology Development Headquarters of the Vice President for Science added: “Currently, despite the existing sanctions, with the material and spiritual support of the Vice President for Science and Technology, and especially the Biotechnology Development Headquarters, which started almost eight years ago, in different parts of the field.” Technology We are witnessing the success of knowledge-based companies and the production of strategic products required by the country. According to him, the talents of Iranian experts have turned sanctions into opportunities in a short period of time.

Ghanei added: “Also, in reviewing the new list of US government sanctions against Iran, it is clear that the threats have turned into opportunities.” Of these, 21 items have been produced by biotechnology-based knowledge companies with the prior planning and support of the Vice President for Science and the Biotechnology Development Headquarters.

He continued: “In addition to meeting domestic needs, these drugs are also ready for export. Six items of equipment are equipment that has been successfully prototyped in recent years with the support of knowledge-based companies, and in the coming years their industrial production by Iranian companies.” According to him, the remaining 14 drugs, including only 14, include equipment that is not produced in the country, and the Biotechnology Development Headquarters has announced its support program for their domestic production.