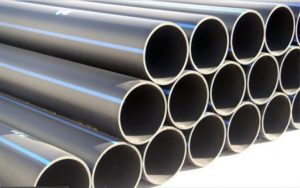 Steel is one of the key industries and in addition to domestic demand, steel exports are also very important for the country’s economy. According to a report published by the International Iron and Steel Union, this year steel demand in Iran will grow by 4.9% compared to the previous year and will reach 20.04 million tons. Meanwhile, steel demand in 2018 will exceed 21.55 million tons by 6% compared to the year before. But in these years, the growth rate of production will be higher than the growth rate of demand, and therefore it is necessary to identify markets for the export of steel products. Last year, Iran exported 3.74 million tons of semi-finished steel products and 1.79 million tons of ready-made steel to the world market, which increased by 108% and 16%, respectively, compared to 2015. Now the main question is which countries have the largest volume They imported Iranian steel and which countries have the highest potential to attract the largest share of Iranian steel exports?

Which countries are the largest export markets of Iranian steel?

Last year, Iran exported steel to 37 countries, but three countries, Taiwan, the UAE and Thailand, accounted for a total of 39% of Iran’s total exports, which is why the economic situation of these countries and the amount of demand in these countries have a great impact. On Iran’s export revenue. At a time when Iran is seeking to develop its steel industry, there is a great need to develop international markets, and laws related to the Iranian steel industry must be enacted in accordance with international standards. Excessive government presence and government funding in the steel industry will increase the competitiveness of the industry’s products in global markets and eliminate free trade and competitive open space in the international arena. For this reason, government policy should be such as not to create trade and economic barriers. Barriers such as the imposition of trade tariffs and import tariffs that the United States has imposed on Chinese products in recent years Statements were also made against Iran’s exports to the European Union, but in the end it was decided not to apply this policy to Iranian products at this time.

How is it possible to increase steel production?